The cosmopolitan ideal is dead 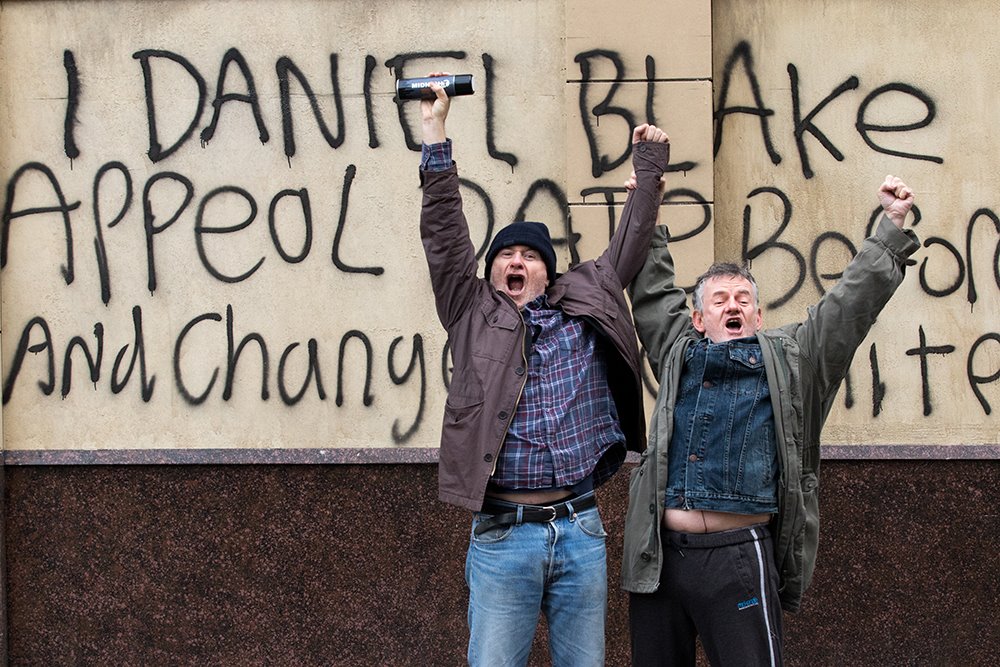 The era of further European integration and continuing globalisation is over. Though many cosmopolitans haven’t realised it, their narrative is as dead as a dodo. Political parties in the middle need to drastically overhaul their programmes and put national interests first. Otherwise they will marginalise themselves further at the benefit of radical parties, and further alienate from voters.

You know what?I hate myself for writing the first paragraph of this article. For years, I have been promoting the good causes of European integration and globalisation. Together with the IT revolution and the sociological process of ‘horizontalisation’ these four ‘Megatrends’ have completely altered the structures in our economy and society, in a span of just three decades. The world, our world, has changed unrecognisably from the time before the Wall fell and the Cold War was ended.

Old borders evaporating
In my books, interviews and speeches I have always explained these radical changes and how they have undermined traditional institutes like political parties, welfare states and labour unions. It was all about the rise of the ‘network society‘ and ever continuing disappearing of old borders – in real life, in the way we organise economy and society, and especially between European countries.

After all the dreadful events of 2016, I still believe in the lightning speed of this transformation and the many benefits it has. We are in the middle of the journey of reinventing ourselves as a human being, as a society, and you shouldn’t stop those processes forcefully just because new technologies are scary or because muslims are throwing bombs and guiding trucks into our weak spots.

But I am now convinced that the era is over for people like me who have an eye for the big picture, and now it is time for politicians and pundits who promote the return to the glorified past.

And that is because there is a stark difference between me and Trump, Farage, Le Pen and Wilders: these guys offer, and I will write it in capitals so will you remember: AN OUTLOOK, or a vision.

Cosmopolitans sell you an outlook of tomorrow for sure, but it on the one hand just more of the same and also a largely utopian onethat only frightens people. Not that long ago our lives and the world around us was pretty simple: there was a capitalist West and a communist East, you had a job for life, there were just a few tv channels and two sorts of coffee: black or sugar/milk. Politicians were left or right, that was also easy.

Today, all these cornerstones of life have evaporated in the blink of an eye. And cosmopolitans will want to have the cake and eat it, too. More Europe! More IT revolution! More globalisation! Welcome the Syrians and Afghans! In the meantime, theclass of professionals(be they politicians, bureaucrats or managers) are busy optimising the welfare state, meaning the entitlement of citizens is cut across the board: higher pension age, less unemployment benefits, school tuitions and security taxes going up.

Unfolding dramas
As a writer and founder of a think-tank for young people in the Netherlands (when I was in my late twenties), I was promoting all of this because I found – and find – the current welfare state unsustainable. We live in an age of high debt while Europe’s population is ageing, fast. Without structural reform of the welfare state we will create an enormous generation conflict in the next twenty years.

As EU Watcher, based in Brussels since 2013, I have witnessed several European dramas unfold, from the inability to really curb the eurocrisis to the rising antagonism towards Russia and the cynical, powerless policies regarding Syria. The EU institutions have proposed numerous solutions for many of Europe’s problems, but more recently, the member states have started to put the foot on the brake.

And right now, the cosmopolitans I meet here – in the European Parliament, at receptions, at work or in my gym – all share a certain amount of pessimism. “I really feel that the whole thing can fall apart,” said an influential member of the European Parliament to me, at a congress of Europe’s liberal parties in Warsaw in November. “Everything in Europe is going wrong.”

Who travels too fast, travels alone
Though you can’t blame ‘people like me’ for the current anxieties in our societies, we are an easy target. Basically because those involved in the organisation of society – including journalists and writers – have lost touch with ordinary citizens. In the EU, this is recognised in statements like ‘We need to make Europe work!’ and as an answer, by trying to increase the EU’s output legitimacy through ‘populist’ measures like the abolishment of roaming surcharges for mobile phones and free Europe train passes for 18-year olds.

The cosmopolitan, ruling class may well have acted in an autistic wayin the last decades by stimulating further European integration or allowing for large-scale immigration. The backlash of this was already witnessed in the Netherlands with the rise of, and the murder of, Pim Fortuyn in 2001, as well as the current high polls for Geert Wilders with his racist, xenophobic, anti-EU and anti-establishment rhetoric. As a result, Dutch parties have all moved to the right, promoting to curb EU cooperation, impose stricter rules for immigrants and limit the role of the state – for instance by lifting red tape and reducing taxes.

But all the shit that has happened this year, made me realise that even a softened cosmopolitan narrative has no future.For too long, we have traveled too fast and therefore are now traveling alone.

In the United States, similar processes have been going on: in the first decade of this century, over 11 million people came into the US as legal immigrants (and millions more as illegal). Unchecked globalisation has turned the rust belt into a dead belt, countless Americans are in a ‘working poor’ condition – working in multiple jobs but without sufficient money to have three meals a day, while the credit crisis, initiated by radical liberalisation of the finance sector in the 1990s, has basically destroyed America’s middle class.Oh and the political institutions in Washington have been in a fierce political deadlock for over a decade now, and then there is the culture war raging on.

Our world is crumbling
In my book Next Europe, published in 2014, I addressed these issues already. I suggested to redefine the relation between the member (nation) states and the EU,to put a halt to the ever-closer-union narrativethat was still upheld here in Brussels.

One particular measure was to end the accession talks with Turkey: that is one of the best examples of where ratio is ruling. Turkey is key to our geopolitical security, there are deep historical ties between Turkey and Europe, and the country is economically more advanced and dynamic than let’s say Bulgaria and Romania. But the pathos towards Turkey amongst Europe’s people is close to zero. As a diplomat I would fully subscribe to the idea to keep Turkey close to Europe, but as a realist I concluded in 2014 that it will only estrange people further and further from the European Union.

I was proved right by the Brexit referendum. The Brexiteers successfully used the talks with Turkey as a (false) argument to conclude that Europe was getting bigger and bigger – and more muslim as well. (This is highly ironic, because it has always been the United Kingdom that promoted the accession of Turkey, because it would make the EU weaker)

Even an Association Agreement, which by no means is a first step towards EU membership, is a daunting challenge. We saw this in the case of the Ukraine-EU Association Agreementwhich was voted down in a referendum in, again, the Netherlands, in March this year. Only with an annex that underlines that Ukraine will NOT become an EU member and that stipulates that we do not have to defend that country from the Russians, can the Dutch prime minister Rutte probably get the treaty ratified at home.

And then came November.‘While their world is crumbling, we build ours,’ was the jubilant tweet of the spokesperson to Marine le Pen, the leader of the French Front National party, after Donald Trump was elected as President of the United States. Not by Americans per sebecause in the popular vote Hillary Clinton got a whopping 2.8 million votes more. No, it was the forgotten class of people that voted against more ‘professionals‘ like Clinton, especially in the more rural and hard hit areas of the United States. If it was up to the more cosmopolitan West and East coast (and the young people), Clinton would have walked over Trump with a landslide.

Post-truth, liquid society and global trilemma
Much has been written about the post-truth reality of today. No matter how much debunking goes on to expose the lies, falsified data and misleading narratives of those wanting to make America great again, or give the Brits their country back, people still buy the narratives of the populists. Even openly displayed misogyny and racism doesn’t scare away female and coloured voters. Trump violated ALL of the rules of the textbook How To Become a President of the USA and still won.

Of course you can point at the power of social media, notably Facebook, that helped to spread fake news reports en masse. But I think the problem runs deeper and for an answer we have to go to the liquid societyconcept of the Polish philosopher Zygmunt Bauman. His vision on society is rather pessimistic; even before the advent of social media he published his book Liquid Modernity in 2000. In modern society, every relation that we build is flexible and disposable, from divorcing to speed dating, from blogging to consumerism, from The Weakest Link to Big Brother. Change is accelerating, making everything around us ‘liquid’ and therefore of little value.

Connect this concept of Bauman to the political debates and decisions in the ballot box, and there is definitely a match. They will value a report from an unknown source on Facebook, for instance on pedophile networks around Hillary Clinton, equal to a background piece in the New York Times. Britons enjoy traveling to Europe with EasyJet for 10 pounds, but reject the Polish supermarket around the corner. Dutch see the bombing of Aleppo on the television, but then protest against a refugee centre being constructed near their town.

This goes much further and deeper than NIMBY behaviour. It is sheer irrationalism. Maybe we should bring Dani Rodrik into our considerations, a worldwide known economist who is famous for his theory of the Trilemma of the world economy. In a nutshell his theory boils down to this: you can’t combine a globalised economy, national souvereignty and democracies in one system.

In 2012 I published a book in the Netherlands called De Machteloze Staat (The Powerless State)and I included both aforementioned authors. I disagreed with Bauman, concurred with Rodrik. Now I think both are right.

Wake-up call
For me, 2016 has been one big wake-up call. I continue to ponder about the right response to the many, many heavy blows that the mindset of ‘my kind of people’ has got, but here are already a few conclusions that I wish to draw, and that I want to expand – and crystallise into a book, a film, a set of debates,anything substantial – in 2017. Happy to discuss.

The Dutch election: populism loses a round, but democracy still in trouble