Joop Hazenberg
3 min read
2333 views
Comments Off on The coal map: Exposing the role of coal in Europe 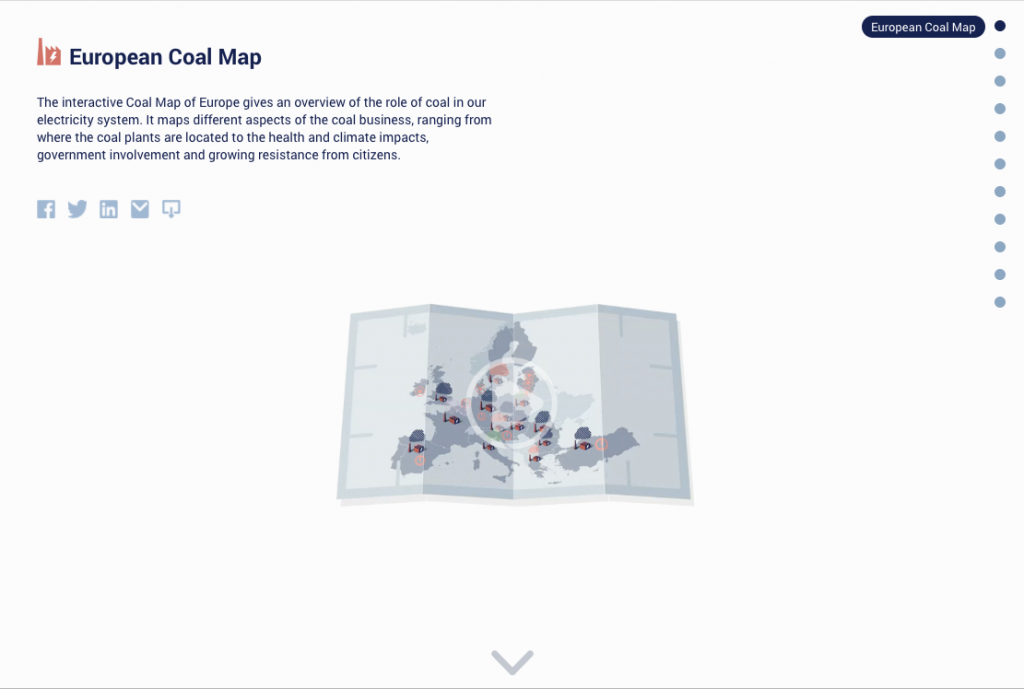 It’s been a while since I blogged but the summer and a fulltime job were in the way. As part of my communications work at Climate Action Network Europe, I developed an online interactive European Coal Map with a team of coal experts and data visualisation specialists. There is also a good amount of ‘brand journalism’ included in the project.

Why a coal map?

Here are some facts.

In the European Union, around 280 coal power plants are operating in 22 different EU member states. The majority of these plants is more than 30 years old, meaning they are inefficient, polluting and outdated. Burning coal is one of the biggest sources of CO2 and causes around 23,000 Europeans a year to die prematurely. Germany, Poland and also the UK are the biggest users of coal and responsible for the lions’ share of emissions. Meanwhile governments continue to invest tens of billions into the ailing industry.

For the first time, Europeans have a comprehensive and solid overview what role coal power plants play on the European continent.

The low hanging fruit in the fight against climate change

Getting the story on coal out now is crucial, because we are just two months before ‘Paris’. In December, countries from around the world will hopefully close a deal in the fight against climate change in the context of major UN-led negotiations. Coal should be high on the agenda for governments as it is one of the low hanging fruits in the fight against climate change.

As I mentioned above, ‘brand journalism’ is another aspect of the Coal Map. Because many of the policy choices around the coal industry are nationally based, many citizens and civil society organizations have begun campaigning on coal, on the negative impacts on clean air, the devastation from mining or how it is fueling climate change. And this is where the developments get very exciting. The Coal Map also introduces fifteen stories of local and national fights against coal power plants and mines. From Scotland to Turkey, citizens and NGOs have been struggling for years to get rid of coal. And not without success: in recent years, the majority of new coal projects have been canceled.

For several stories we hired a journalist to do the reporting. But I went also into ‘the field’, meaning I visited coal plants and anti-coal campaigners in Italy and Greece. Here’s the video I made of the situation in Northern Greece (and on the Coal Map you can also read the story):

After the launch in September, the Coal Map got worldwide attention from media, featured in thousands of tweets  and was for instance covered in The Guardian and Le Monde.

Finally, the designer team made an explainer video of the Coal Map that performed well in our campaign to raise attention to the map. The video has a ‘lighter touch’ than the communication language of the Coal Map and it really serves as an introduction to what role coal plays in Europe. It is a bigger role than most people think, but also a role that can diminish quickly if national and European politicians act.