Speech: Why people are fed up with the EU

Joop Hazenberg
9 min read
1534 views
Comments Off on Speech: Why people are fed up with the EU 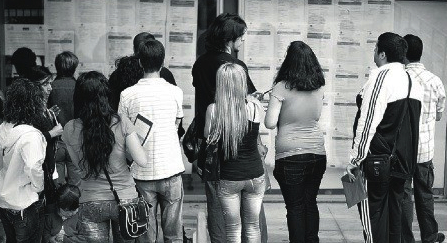 Why people are fed up with the EU: failing institutions and the rise of populism

I arrived today from Brussels, where the mood in the Eurobubble has changed substantially in the last few months. Everyone – politicians, diplomats, eurocrats – has their eyes fixed on the European elections of May 2014. I wouldn’t say there is something of a campaign fever in the air, there is definitely fever in the air though, but more the traditional one.

People in Europe’s unofficial capital are so much focused on the next elections, because so much is at stake. There will be no treaty on the table, nor dramatic enlargement plans. The elephant in the room is us. We, the European people, more than 500 million of them, and we are rapidly losing trust in the EU.

Trust figures are really collapsing. You probably know the figures but I’ll just name a few: in the Netherlands trust in the EU has gone down from 50 to 28%, in just five years. Even pro European countries like Spain and Italy are quickly disengaging from the EU. In Spain the proportion of pro-Europeans has dropped from 80 to 46%.

Fresh polling by Pew Research is very worrying. Their conclusion is: ‘The European Union is the new sick man of Europe. The effort over the past half century to create a more united Europe is now the principal casualty of the euro crisis. The European project now stands in disrepute across much of Europe.’

People are fed up
This negative climate is only reinforced by the rise of populist parties who now literally team up to form an anti-Europe bloc during the next elections. The Economist calls it the rise of euroscepticism, but I would argue that parties like Front National, PVV and UKIP want to rip the European Union apart and destroy its institutions. Nothing eurosceptic about their goals: it is blunt eurotrashing, a direct attack on – what they call it – the EUSSR.

We are more than seven months from election time, but my estimate is that these parties could easily get ten to twenty percent of the seats in the European Parliament. Already in polls Front National and PVV come out as the biggest party in their home countries.

People are fed up with the EU, the payments to the South or the strict rules of the North. They are fed up with unemployment, piles of debt and political crises at home. No wonder people are susceptible to politicians who argue that the current situation is the fault of Brussels and that we should reverse the integration process.

So expect very tough fights and debates in the member states in the coming years. But we are not here to discuss politics, but to discuss institutions and especially the European ones. Are they indeed failing? Why is their legitimacy dropping so fast? Do people actually still believe in Europe?

Let me break down my answer in three parts. First the general crisis of institutions, secondly the specific problems of the EU, and lastly I will play out the generation card.

1. Institutions in the doldrums
As everyone in this audience knows, organizations dependent on large audiences or markets have trouble keeping people connected. Institutes like big companies, governments, labour unions and political organizations have lost their natural (20th century) legitimacy in an increasingly ‘flat world’.

Therefore new ways of engagement are on the rise. Citizens increasingly choose to engage online and individually, instead of going to meetings and committees. They burn down company reputations on social media in a matter of hours, but are also ready to cooperate with them to create new products and services.

This is because people want to get controlover everything in their life. In an era of information overflow we don’t believe advertisements and political pamflets that are thrown at us. We question doctors and other specialists who give us (medical) advice and prescriptions. We loathe European leaders who say they are at the service of the citizens. That is because these kind of communications are top-down and do not permit real involvement.

When it comes to the specific trust levels in political institutios, citizens are well aware of the loss of influence of these top-down thinking organizations. The disappearance of the borders and the advent of the IT revolution has made government bodies less effective. I wrote a book on this inevitable process, called ‘De Machteloze Staat.’

2. EU failing to act
European leaders can only contain the current economic crisis, not solve it, despite the optimistic words of Francois Hollande. The problems are still paramount: no growth, high unemployment, rising debt levels, zombie banks.

It has become clear that there is a big institutional gap in the EU’s governance, above all when it comes to steering the eurozone. The argument is well known: Europe’s leaders did manage to set up a monetary union without the accompanying political union. Since 2010 they had to repair the damage and expand the EU’s powers. The Commission can now directly enforce budget cuts in certain member states. The banking union will slowly but definitely be rolled out. More drastic measures will follow.

But the eurozone governance crisis does not sufficiently explain the current legitimacy crisis. I think the disconnectbetween the European political layer and the half billion citizens must be another crucial factor.

In the last twenty years we have experienced a drastic expansion and deepening of the European Union. But a sound national political discussion on the expansion has remained absent in many member states, leading to an audience that basically doesn’t have a clue what happens in Brussels, Luxembourg and Strasbourg. Also the European decision-making process is quite difficult and almost impossible to fit in journalistic reporting, even in quality newspapers. Previously I was a journalist and I couldn’t write about the different roles of the Commisison, the Council or the Parliament. ‘Let’s simply call it ‘Brussels’ would be the response of my editor, thereby basically skipping the entire political dynamics that are so typical of the EU.

Because sound knowledge of the EU also lacks at many national parliaments, we are in the situation that the Union fails to gather a lot of ‘input legitimacy’. Therefor it focuses quite heavily on ‘output legitimacy.’ The countless studies on the benefits of European integration are part of this strategy, as well as the yearly lowering of roaming rates for mobile phones, the cheers on low air travel costs and the free movement of people. Commissioners have an account on social media, especially on Twitter, and in 2012 the European Citizens’ Initiative was launched: 1 million citizens can ask the European Commission to bring forward proposals.

The problem is that the European Union is not here to do nice things for citizens. It is nota consumer organization, but a highly political institute which deals directly with many issues of our daily lives. It has to balance countless interests and take tough decisions. And all this without a proper ‘demos’ of European citizens. As the crisis pushes for deeper integration, the whole system now backfires. People push back and start to blame Europe, instead of praising its necessity and its many advantages.

3. The Next Generation
After these rather harsh and kind-of fundamental issues and problems, I now come to a more optimistic angle to the governance crisis: the next generation of Europeans.

The facts are frightening. We have 5,5 million young unemployed (aged under 24), and half of the young job-seekers in southern Europe fail to succeed in getting employment. Another 7.5 million are ‘NEETs’: not in education, employment or training. The direct costs of this inertness are estimated at 153 billion euros. But the social price for this waste of human capital is much higher. I believe that the next generation has to be part of the solution to the current crisis.

In short: young people are more pro-European than older generations, they are not fearful of a borderless world but see it as an opportunity, are more entrepreneurial and less concerned about losing securities. There is a real generation gap in this matter, for instance in the UK: two-thirds of the young Britons want their country to stay in the EU, while two-thirds of the babyboomer Brits want to get out ASAP.

I am starting up a think-tank in Brussels called The Next Generation for Europe to address this gap, but also to point out the many opportunities we have if we engage young Europeans more structurally. In a continent where everyone is turning their backs on Brussels, we really need them.

But what Europe’s leaders do isn’t particularly helpful. Still it is basically impossible to bring your social rights to another EU member state. The much heralded Youth Guarantee Scheme will not be more than a drop in the ocean. And worst of all: the EU is spending its one trillion euro budget for the period 2014-2020 on the past instead of the future, killing the funds for digitizing and connecting Europe, and maintaining the agricultural policies.

Ladies and gentlemen, the institutions of the European Union are in serious trouble. We may live in the heydays of European integration, but I hope this assumption does not become reality. I don’t think the EU is necessary, I believe in it. I reject the notion that we can’t survive without an integrated Europe, I think it is a goal we should keep striving for and dreaming of.