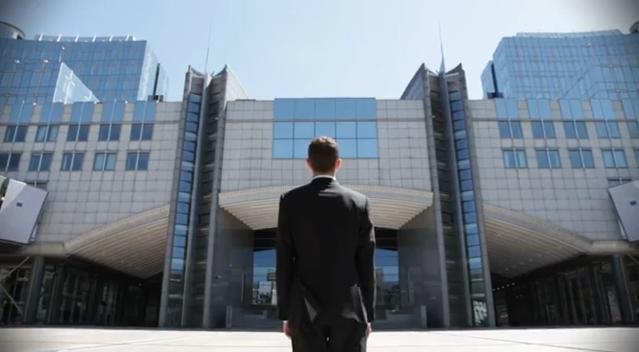 Recently, I had to give a couple of presentations on my experience as an EU correspondent in Brussels. Because I now work in communications for the NGO called Climate Action Network Europe, I have taken a little bit of distance from reporting. And I made a short overview of six reasons on why covering EU news (often) is difficult. Here is the overview in text, rather than Powerpoint format.

Check the national political news of today. You may find discussions about reform of the health, education or social security system. There could be a report on struggles within the coalition. Or a failed privatisation of the railways causes upheaval.

The contrast with the European news cycles usually is big, and the debate in the EU bubble is characterized by a deadly dulness. When I worked for the German press agency DPA, I had to cover digital economy subjects. Sometimes it was about concrete stuff as the abolishment of roaming surcharges for mobile phone users. But most stories were on lengthy and highly technical debates on data protection, cyber security, net neutrality and copyright issues.

As the world becomes ever more complex, so does its governance. On a national level policy developments already are already hard to follow. On a European level, many (fundamental) debates are so detailed that journalists, most of them trained as generalists meaning they can write about everything, will have trouble fleshing out a juicy story that is understandable for a wider audience. Let alone get to the realcore of the issue.

The EU legislation process is all about… process. And if one thing is NOT interesting, it is process. Only outcomes matter. Journalism is about news. And news is about things that happen, have an impact, and can be descibed in simple terms.

Because of the structure of the European process to make laws, a real outcome and a real result often only become visible at the last moment. By that time the draft law – let’s say one on scrapping milk quotas – actually is accepted, numerous rounds of proposals from the Commission, hundreds or even thousands of the amendments by the Parliament, and a lengthy (secretive) negotiation round(s) with the Council (Member States) have been added to the milk quota dossier.

Problematic is that in each of these little steps, communication people from the EU institutions jump up to say that a ‘historic’ vote has passed, or that the Council has now finally reached a compromise on the quotas, while they still need to be agreed upon by the Parliament.

This happened to the TTIP discussion. It may take years before a trade deal with the Americans lies on the table. But in May, a committee in the EP had a ‘historic’ vote, that then had to be repeated by the plenary session. Both the debate and the vote were postponed for months because their was infighting between the Socialists and Democrats Group. And the resolution, on a part of TTIP, will just be nothing more than an advice, that the Commission can easily ignore. So process is being hyped as news, which is in the end counterproductive.

Fans of House of Cardswill agree that there can be no entertaining politics without victims. Yes, politics is drama. Politics is a play. Politics is about winners and losers. Not really about visions on the future or on classic debates between left and right.

Even the more text-book definitions of politics do not match with politics happening in Brussels. The fights are utterly dull, unless there is real fire going on like the eurocrisis or sanctions against Russia. Then the coverage of Brussels’ news becomes better, more lively, more entertaining.

There are several reasons why the EU’s political sphere is so a-political. For a start, there is no real European government, so there is also no real coalition in the Parliament – and neither an opposition. Members of the Commission cannot be sent home or torched publicly on Place Luxembourg. The Council (member states) is a black box that shows very little of the enormous political mechanisms going on, because these are primarily a diplomatic mechanism, and that needs to remain unseen.

The sheer lack of spectacle, of scandals and of sex makes Brussels a very yawn-inducing area for political reporters. Newshounds cannot live without the smell of blood.

Even when the EU (‘Brussels forbids X’) takes a striking decision, usually there is little real debate in the national media. Because member states have several years, between two and five years usually, to implement the new rules (directives and regulations to be precise). So by the time the EU bans plastic bags, people will respond shocked. Hey, what happened! When was that decision taken? What can we do? The debate was light years away in the viewpoint of national politicians, so they can just say: ‘Brussels imposed this rule on us. Ich habe es nicht gewusst.’

The smart correspondent who did try to get the piece on plastic bags in his paper, will have gotten just a column, but by the time they are really banned, he can start the aftermath-reporting.

The estimates differ but between 750 and 1000 journalists roam the streets of the EU quarter. That means one journalist on every Member of the European Parliament (there are 751). But the journalist also has to cover the Commission (28 members, around 25 directorates-general), the Council (28 member states, thousands of diplomats), plus all the thousands of interest groups, lobbyists and other EU bubble related folk.

In other words, one correspondent needs to be able to follow an entire governance layer. Some media send several reporters to Brussels, but often it’s just a solo operation.

How does this affect the work of the correspondent? He/she makes some tough choices on what to report. Stays on the surface. Is susceptible to spinning from all institutions, lobbyists and people who want their angle to lead the story. Unless you are truly brilliant, a savant, it is sheer impossible to follow all the policy developments of the EU. Even staying up to date and well informed on one policy area, like the digital economy, was a daunting task during my DPA time.

At one point DPA asked me to write two articles a day on the digital economy. There was little time for research, going in-depth, expanding the network. I had to grab every news opportunity that I got. Colleagues who work for national newspapers just focus on the eurocrisis and drop everything else.

The last impediment to reporters is that the political dynamics in the EU, or the European agenda so to speak, do not align with the national political news agenda. Maybe on national level there have been elections, the government has collapsed, or everything is about the revision of the retirement age. In the meantime in Brussels, the debate is on TTIP, copyright reform, saving/dumping Greece, extending sanctions on Greece.

It is hard for journalists operating from the EU level, to make the connection with political debates at home. Sometimes it works, for instance when the Dutch parliament had a serious debate on the second rescue package for Greece. But most of the time the political discussions seem to be taking place in parallel worlds, with little interest from national christian-democrats for their colleagues in the European Parliament.

The European Union’s policy work is technical, blurry, boring, has an inbuilt delayed effect and stands on its own. These matters need to be taken into account before people in Brussels start complaining that the media are not covering their work. There are ample reasons for the lack of attention.

This is also #Brussels

Blue Whale under a boat 🐋