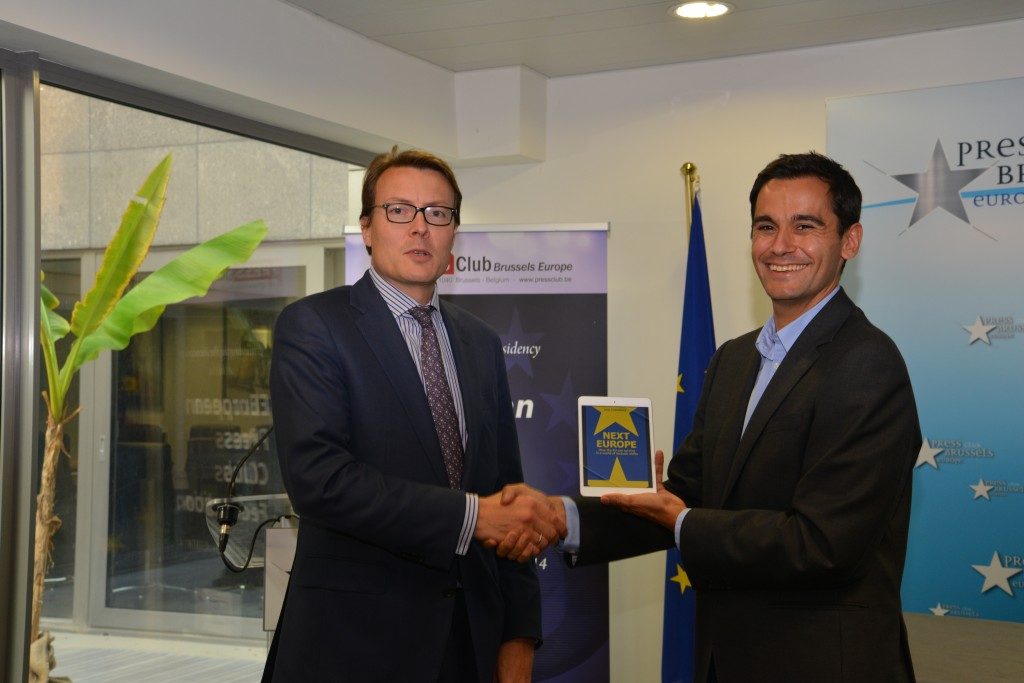 My new book Next Europe is now officially launched. Of course this comes with a modest campaign to create attention for the book.

I published several opinion articles, on news sites as well as in the Dutch paper Het Parool. You can read the ‘launch article’ at EurActiv(English) and on Opiniestukken.nl(Dutch).

The presentation took place on September 22 at the Press Club in Brussels. More than 100 people attended the event. First I gave a short summary (link to Prezi) of Next Europeto the audience, followed by the handover to Constantijn van Oranje-Nassau, chief of cabinet of Commissioner Kroes. A panel of experts – Shada Islam of Friends of Europe, Claude Grunitzky of TRUE, and Marietje Schaake of the European Parliament – gave their first responses.

Shada Islam: ‘This is an insightful study of Europe by a young, thoughtful EU Watcher.’

Dutch public radio 1 made a report on the launch event, you can listen to it here.