Joop Hazenberg
10 min read
565 views
Comments Off on New book: 30 climate actions to save the world 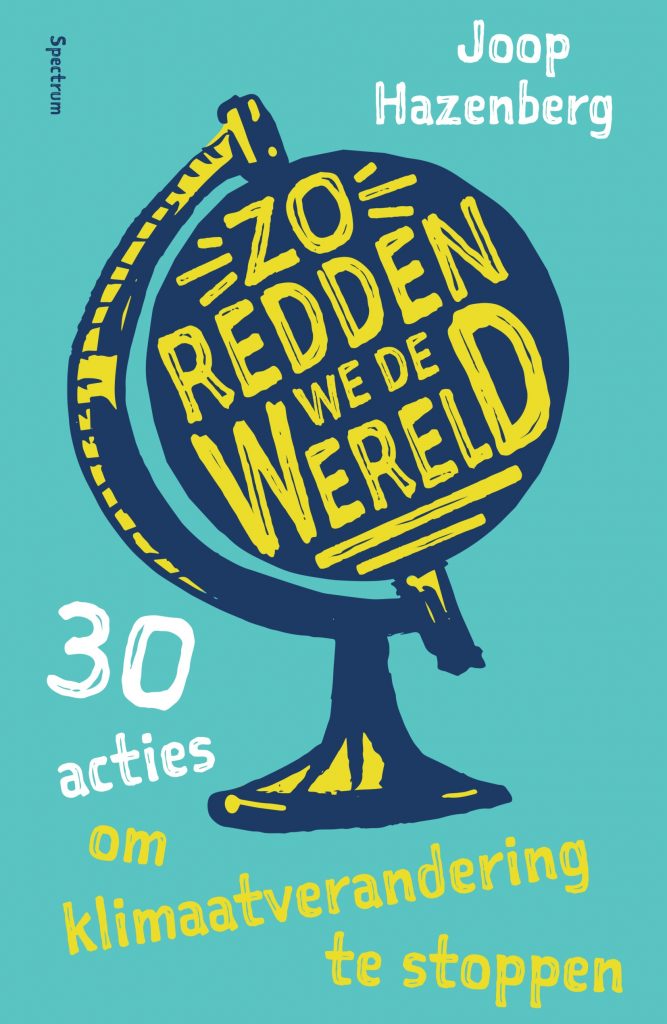 Climate change is real and a growing problem, evolving into an existential crisis for the world if we do not act fast. I am deeply worried about the way we treat our planet and atmosphere. It simply is the most urgent topic of our time. This is why my new book is all about climate change, in two ways. I am ringing the alarm bell as loud as I can. But I also explain how we, through collective action of consumers, governments and businesses, can actually solve the climate crisis and make the world a better place to live.

As the book is in Dutch only (for the moment), let me give you a brief overview of the main points.

A few examples will make the consequences concrete. In the summer of 2018, it became thirty degrees in Northern Finland (we are talking about the Arctic Circle, mind you). Reindeer and Finns jointly took refreshing baths in rivers and lakes.

In Australia, just before the corona crisis broke out early 2020, scorching wildfires of an apocalyptic scale left billions of animals dead and vast areas devastated. The images of charred koalas and tourists fleeing into the sea will not easily be forgotten.

East Africa, meanwhile, was ravaged by a period of prolonged drought and a plague of locusts of biblical proportions, both with a clear link to climate change. Billions of locusts destroyed huge agricultural areas in a matter of weeks. The last time such a plague occurred was 25 years ago, but scientists predict that this will happen more often due to climate change.

I will explain all of this in my book, but of course I will also discuss how the world’s energy system can be made sustainable, how we can clean up heavy pollutants such as aviation and shipping, as well as the steel and cement industry. But the focus is on climate actions that we can take now.

Thirty climate actions to save the world

I have identified thirty concrete, useful and sometimes inspiring climate actions: ten of these are for consumers, ten for governments and finally ten for business. Some actions have a small impact, others are bigger, but my main point is that everyone has a role to play, including you and me.

From the consumer perspective, the central idea is that we are going to live, travel, consume and eat in a different way. But we will also need to show citizenship and invest in the future. The actions include switching to renewable energy, renovating your home, limiting your stuff and clothes, buying an electric car (or even better, get rid of the car altogether), avoiding meat and dairy (including cheese), setting a personal flying budget, investing in green companies, limiting the amount of children and engaging with friends and family on climate action.

Governments and political parties need to act too, more than ever. They can intervene in several ways, mainly by intervening in markets and prohibiting certain goods and technologies. Measures include setting a high carbon tax, introducing a flying and meat tax, banning internal combustion engines from 2030 and ending fossil fuel subsidies. But the state can do more, for instance to create a hydrogen economy by structurally overproduce renewable electricity, renovating all houses and buildings and limiting livestock farms.

Finally, businesses have a very important role to play. Hundreds of the world’s largest companies are already committing to become carbon neutral by 2030 or 2050, including for their supply chain as well as switching to 100% renewable energy. They can also greatly reduce energy consumption by energy efficiency measures, help electrify most applications that people and industries use, and further digitalise products and services, make their transport sustainable and encourage homeworking.

I hope that this brief description of the climate crisis – and the way out of it – will stimulate and inspire readers. I explain all actions in my book thoroughly and give more concrete tips. But it should also make people aware of the seriousness of the matter: man-made global warming has the potential to spiral out of control and will make life on Earth dangerous, if not impossible.

Electric vehicles will be cheaper (!) than traditional combustion-engine cars by 2027. New study: https://www.transportenvironment.org/publications/hitting-ev-inflection-point

There is a massive scam operation going on in Belgium. In the name of @bpost_nl, SMS messages are sent with a request to open a link. Don’t open, it is phishing

European climate action in 2020 - and beyond